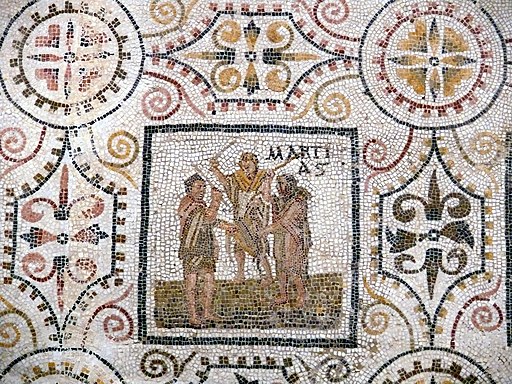 I came across the Ideas of March before, probably last year, but the time had passed and I had forgotten about it. It popped up in my stream again today, on the last day of the month instead of the 15th. Better late than having to wait for next year!

The idea, by Chris Shiflett, is to bring people back to their blogs.

I definitely have been trying to blog more often lately, regardless of this movement. This site has seen more published posts in a very long time. I haven’t written this long in a while.

It’s widely accepted these days that the ease with which Twitter, Tumblr, and Facebook let you post has become a hindrance to “real” blogging (maybe we can distinguish between reblogs and the more carefully planned posts that happen to be published on Tumblr, ok?). Maybe it’s the impermanence that makes them more appealing (“this is gonna get buried and forgotten in a few minutes anyway” or “my life is too fabulous to stop and blog” or “short, cryptic posts keep me mysteriously appealing”). I’m all for brevity when it is thoughtful and intentional (Twitlonger is lazy and messy).

In some ways I appreciate the friction writing a blog post provides. Maybe words and images become more special. Maybe a post needs to marinate, have stuff edited out, pick up relevant new details in the process, before it’s ripe for consumption.

More importantly, as much as I get some weird kick out of those thumbs up and +1 buttons, and while those still get associated with me, it still feels less me than having them here, on my blog.

Ideas of March by Drew McLellan

Impermanence is a double-edged sword. I actually like being able to browse and find old posts. Except for some 3rd-party solutions, this is difficult or even impossible to do on Twitter, Tumblr, and Facebook. (Yes, even Tumblr. Their search and tag features are lacking. I usually have to compensate with Google site search.) So even if I am okay with the notion that bits in those walled gardens are just as me, some of those parts of me I may never be able to retrieve again. (“If a tweet gets tweeted and you can’t find it anymore, did it really happen?” and all that.)

Returning to blogging these days isn’t the same as before. A lot of people have shut down comments and leave the feedback to Twitter, or maybe Branch. This also ties back to the three, where the minimum reaction available is a like/favorite, no further thinking required. Google Reader is shutting down; people have forgotten, or maybe don’t even know what RSS means anymore.

Ideas of March by Noah Stokes

On the other hand, blogging is also moving towards the essentials. Developers have rolled out a bunch of ultra-minimal blog systems where they have as much control over as possible, e.g. file based publishing like Kirby, Statamic, Stacey, or even a Dropbox-powered one like Scriptogram. Friction and impermanence become less of an issue, letting you focus on communicating the message. If you find setting up platforms like WordPress too heavy or daunting for your blogging tastes, you might find those appealing. And while I encourage self-hosted solutions, hosted ones like WordPress.com, Tumblr, Jux, or Medium may be enough for you.

There’s really no excuse not to blog these days. It can be as simple or as customized as you want it to be. Fleeting posts shouldn’t get in the way of that. Take back your content.

Make your blog the best startup of this year. I’ll do my best to join you.

Hi! Thanks for stopping by ★

Design × code × words for a better web,
made in the Philippines by Sophia Lucero.